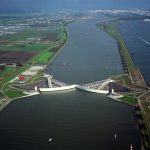 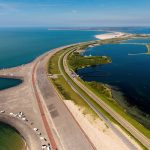 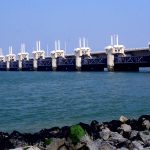 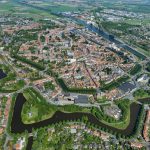 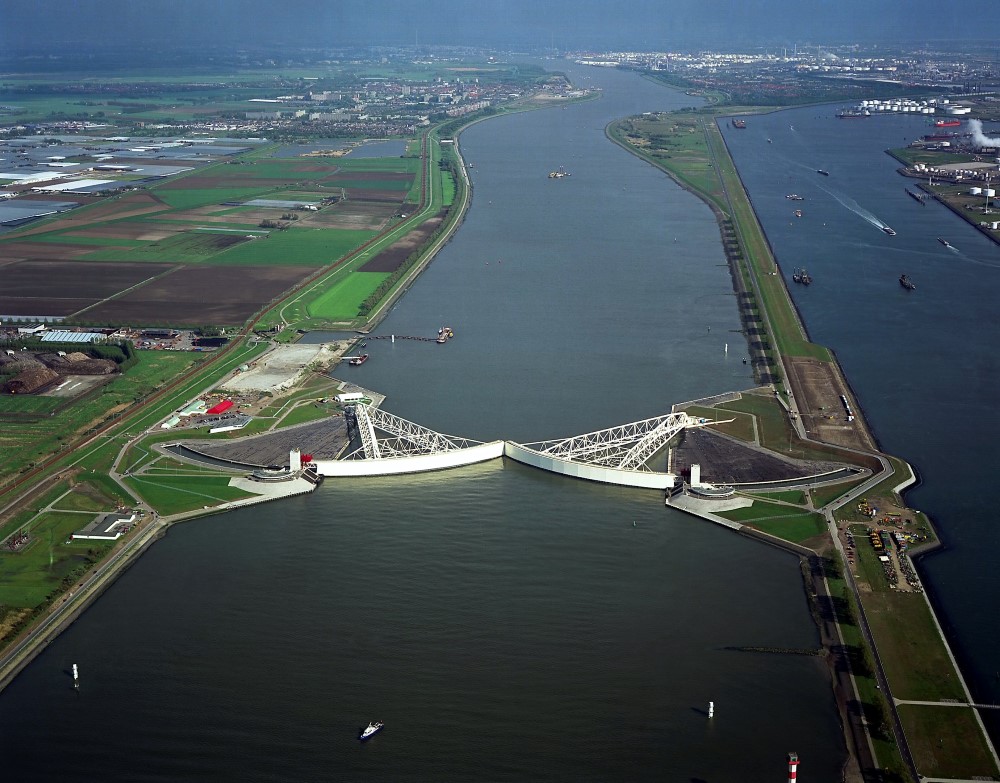 Holland was always threatened by the sea, most of the mainland of our country is below sea level. In 1953 a big part of the province Zeeland was flooded. This flood killed almost 1900 people. To prevent this kind of disaster in the future only three weeks after the flood, a committee was formed. This committee made plans to build dikes and other structures to hold back the water. After 1953 Dutch engineers worked for over 45 years to complete these megastructures called the Delta Works.

On this trip to the Delta Works, our first stop will be the Maeslantkering. The most recent completed structure of the Delta Works, located in Hoek van Holland, the boarder between the province South Holland and Zeeland. The Maeslantkering is a storm surge barrier which automatically closes when needed. It is one of the largest moving structures on earth. In the visitor centre more information on water management and details of the barrier itself can be found.

The next stop will be actually in Zeeland. On our way we will cross over the Haringvlietsluis and the Brouwersdam. Another two of the in total thirteen creations of the Delta Works.

After a drive of a little over an hour we will arrive at the Oosterscheldekering, the Storm Surge Barrier. This structure is the largest of the Delta Works. Its barrier is closed when the water reaches a critical level. Close to the Oosterscheldekering is the visitor centre, this is called Neeltje Jans Deltapark (not included). This visitor centre is suitable for children. It has an aquarium and shows with life animals. The Neeltje Jans provides an excellent view on the Delta Works and gives a good idea of the process of designing, building and functioning of the Delta Works.

The way back to Amsterdam will take about 2 hours.

As your private tour guide, I can adjust the schedule, duration at your needs. Please let me know of any special requests.

Suggestion to this tour: The city of Middelburg, about 20km from the Neeltje Jans Deltapark is really worth to visit. This city has a lot of monuments such as the town hall of Middelburg. And maybe you don’t want to go back to Amsterdam on the same day. You can add an day to this trip. This gives you a great opportunity to dine in one of the fine restaurants in the area, such as De Kromme Watergang** or Inter Scaldes**. Optional visit for the next day can be Bruges, Belgium.